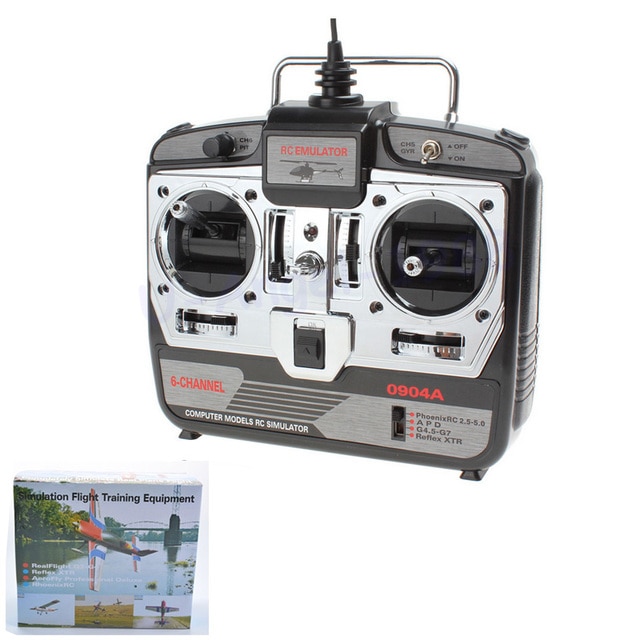 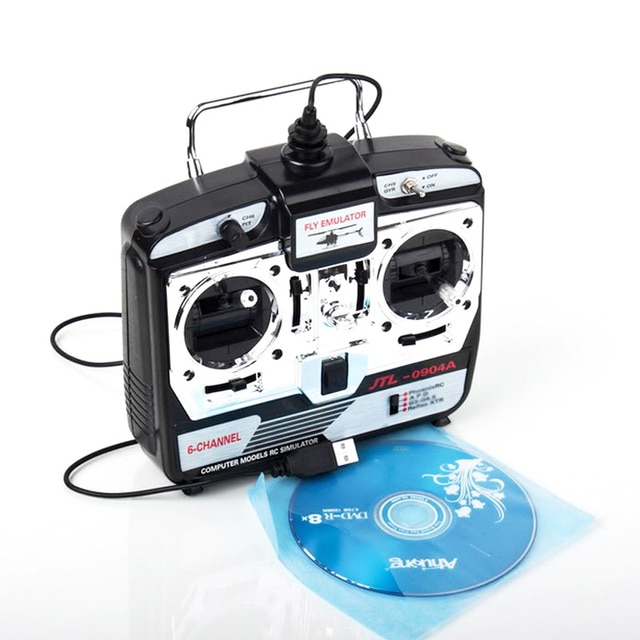 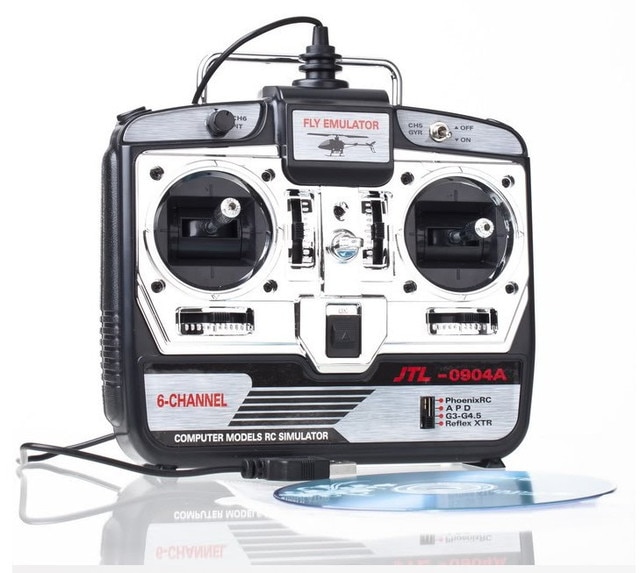 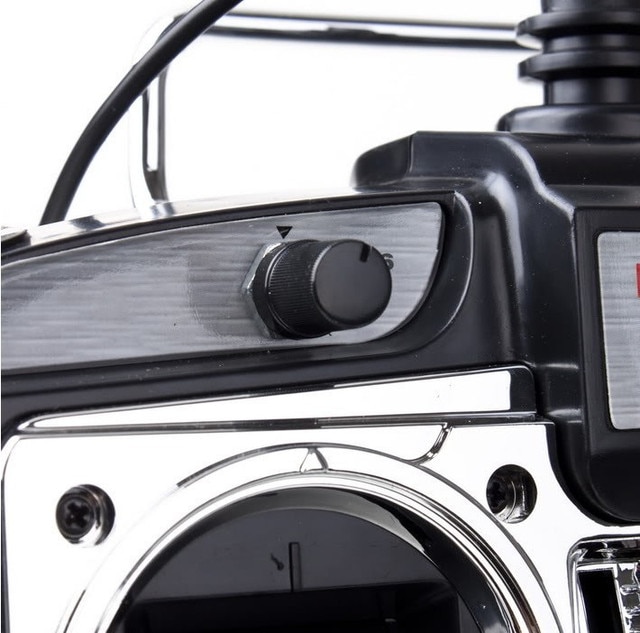 1. Firstly try to find the “autorun” icon in CD, this is quick installation guide.
2. Before run any program, pls install the “DirectX9.0” in CD.
3. Run the “SimLauncher2017.exe” simulator console as administrator in CD, and change to different program more easily and conveniently.
Or switch the switch in the lower right corner of the USB emulator handle – four sliding gears for you to choose.

Description:
1.in order to XTR as an example: steps can not be wrong! Pull the analog switch to XTR logo Department, will simulate remote-controlled USB lint plug into your computer, then open the simulated remote control power switch, this time the remote control power lantern kept flashing (if not switched on, the computer interface, no, need to Another change computer interface, the operation sequence above still need to operate once).

2. a good XTR software installed, open the software, point the top of the directory bar “remote control” and then point the pop-up “channel distribution”, the channel is set above diagram, the signal can not be set if there is no channel allocation, then replace the computer’s USB interface else is even trying.

3.channel settings — Select a helicopter model (the oil machine is also OK), and then will simulate all the fine-tuning the remote control center, will throttle the most significant pull away several times under the pole (not such action would lead to “calibrate neutral position” when the throttle item can not be neutral, and thus can not be a normal takeoff), and then placed in the middle of the throttle rod, after the computer software catalog column “remote control” below to find out “calibration neutral position” calibration, calibration, simulation start after the completion point — check to see which channels do not (all around the hem tail, tune into a real machine, such as the same direction as the control) — if so, what channel do not, then the return channel settings that will control the right side of the channel “+” to “-” ( or vice versa), as indicated in figure on the right to re-calibrate icon — — channel settings are correct, you can begin to play a!

4. such as the helicopter took off too heavy, please point “model”, and then point “physical parameters of change,” the weight of the helicopter into a 1 kg less, it would be more close to real machine sensitivity. Grounded and can also modify the simulator in the relevant parameters, such as adjusting the gyro sensitivity and so on, in order to achieve the best helicopter flight. It should be reminded that the simulation is difficult, and the same real machine, and would like to fly a helicopter to hover or flight, etc. is also a need to practice slowly, or not touch on the practice of .

This is a remote control flight simulator connected to a computer
Not radio
Does not support physical remote control aircraft
Powered by computer USB, no battery required 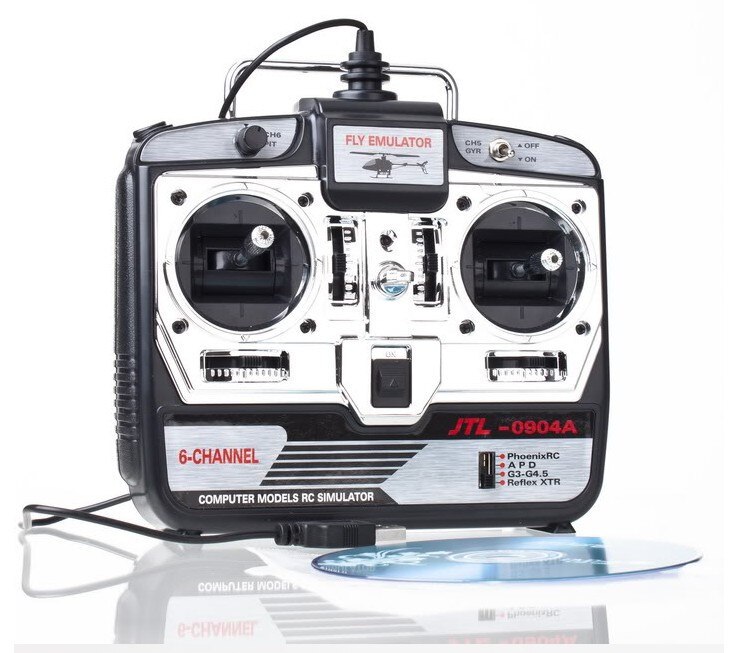 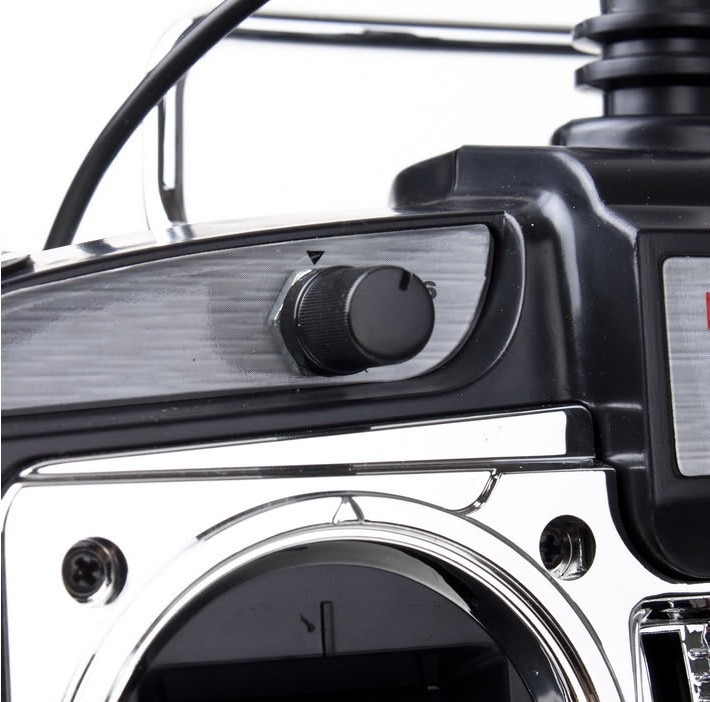 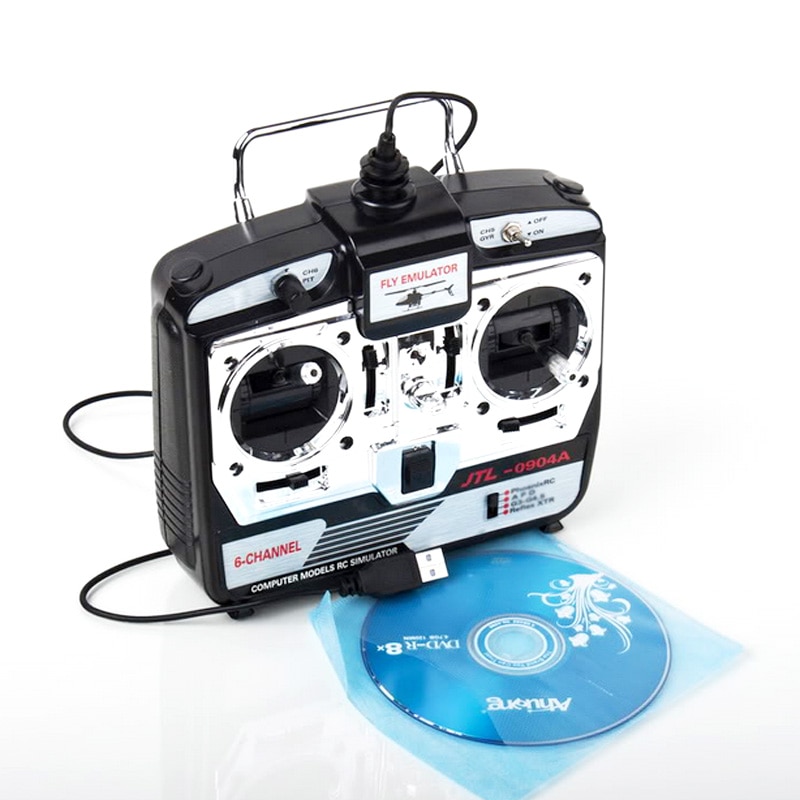 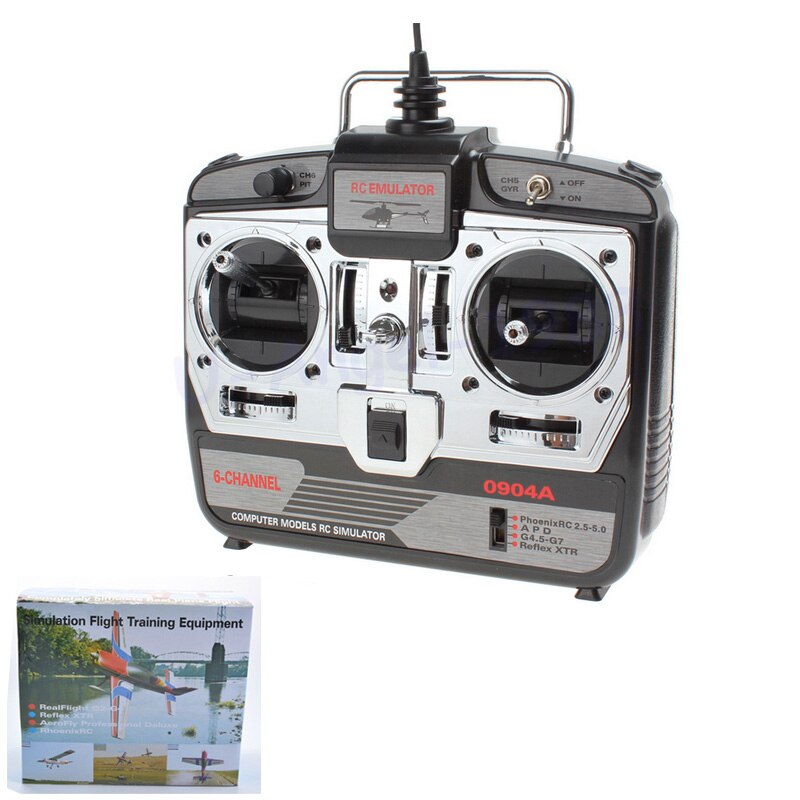 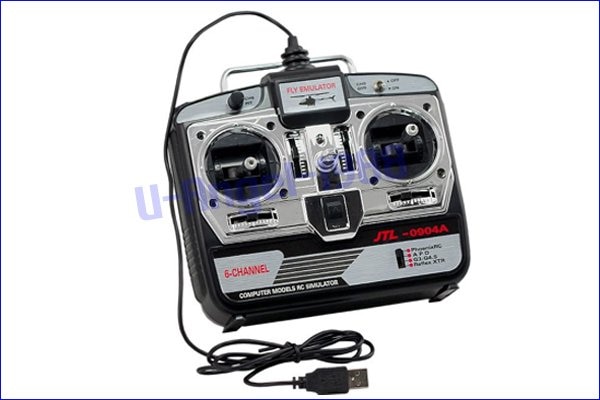 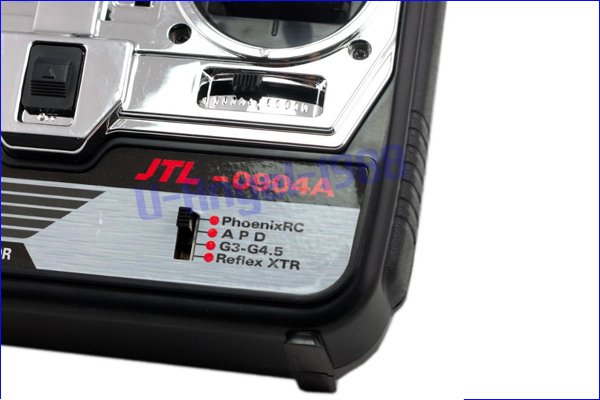 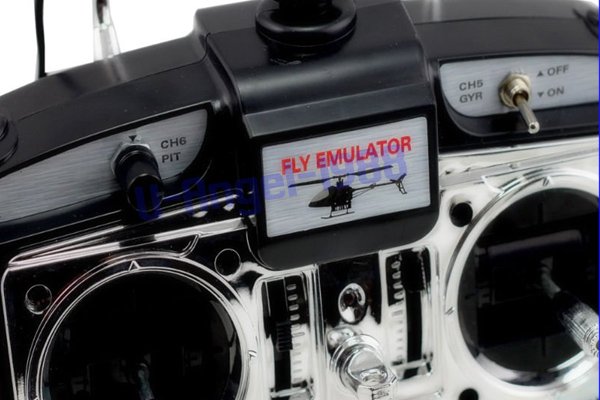 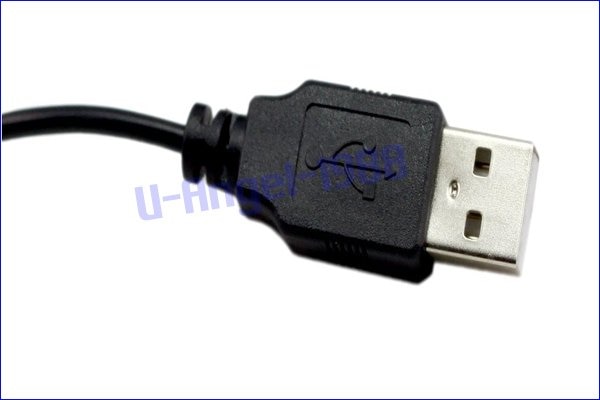 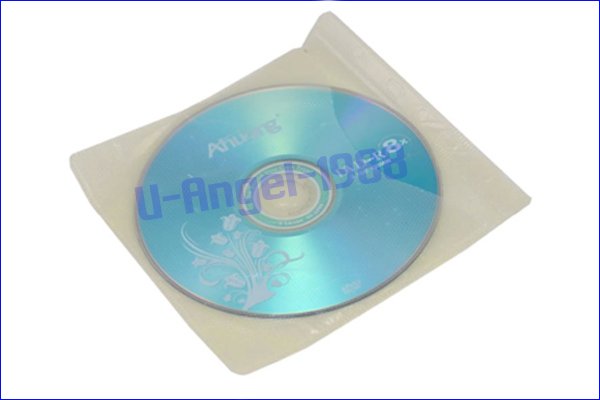 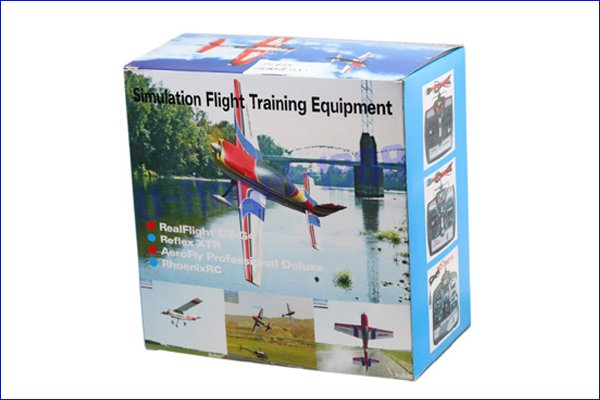 We are proud to offer international shipping services that currently operate in over 200 countries and islands world wide. Nothing means more to us than bringing our customers great value and service. We will continue to grow to meet the needs of all our customers, delivering a service beyond all expectation anywhere in the world.

How do you ship packages?

Packages from our warehouse in China will be shipped by ePacket or EMS depending on the weight and size of the product. Packages shipped from our US warehouse are shipped through USPS.

Do you ship worldwide?

Yes. We provide free shipping to over 200 countries around the world. However, there are some locations we are unable to ship to. If you happen to be located in one of those countries we will contact you.

We are not responsible for any custom fees once the items have shipped. By purchasing our products, you consent that one or more packages may be shipped to you and may get custom fees when they arrive to your country.

How long does shipping take?

Shipping time varies by location. These are our estimates:
*This doesn’t include our 2-5 day processing time.

Do you provide tracking information?

Yes, you will receive an email once your order ships that contains your tracking information. If you haven’t received tracking info within 5 days, please contact us.

My tracking says “no information available at the moment”.

Will my items be sent in one package?

For logistical reasons, items in the same purchase will sometimes be sent in separate packages, even if you've specified combined shipping.

If you have any other questions, please contact us and we will do our best to help you out.

All orders can be cancelled until they are shipped. If your order has been paid and you need to make a change or cancel an order, you must contact us within 12 hours. Once the packaging and shipping process has started, it can no longer be cancelled.

Your satisfaction is our #1 priority. Therefore, you can request a refund or reshipment for ordered products if:

We do not issue the refund if:

*You can submit refund requests within 15 days after the guaranteed period for delivery (45 days) has expired. You can do it by sending a message on Contact Us page

If you are approved for a refund, then your refund will be processed, and a credit will automatically be applied to your credit card or original method of payment, within 14 days.

If for any reason you would like to exchange your product, perhaps for a different size in clothing. You must contact us first and we will guide you through the steps.

Please do not send your purchase back to us unless we authorise you to do so. 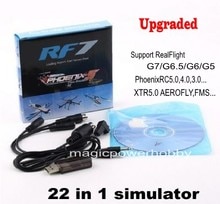 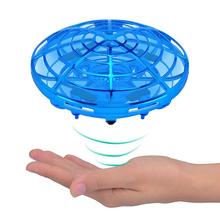 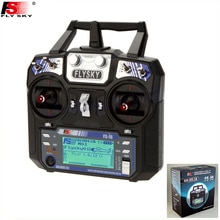 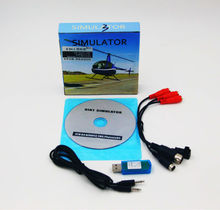